Brocca - The godfather of FHHR passed away during the summer of 2018 due to complications of a severe colic attack.  He was at the ripe old age of somewhere between 36 and 38.  We will all miss you very much ole man!

​Finn     On May 18, 2016 it was with heavy hearts that we had to say farewell to Finn. He came to us in October of 2015 suffering from severe Recurrent Airway Obstruction (RAO) and neglect. He began to blossom in the care of our all volunteer team along with medical intervention to help him breathe easier. Unfortunately, due to Finn not receiving proper medical treatment from his past, there was far too much damage and scar tissue built up to make him truly be able to breathe comfortably. Finn was truly struggling for every breathe especially as the weather started to warm up.

Tiny Timmy   Timmy was a surviving twin who learned to live with her birth deformity for her 11 years.  She came to us as an owner surrender late in 2016 with her pasture mate, Dutiful Sun.  In April of 2018, her leg deformity had worsened and made any movement very difficult and we had to make the heartwrenching decision to let her be pain free over the Rainbow Bridge.  Run like the wind now, Timmy! 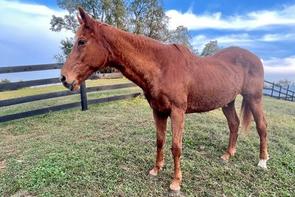 Junior  The 22 year old spunky little pony lost his fight a few months following surgery for strangulated intestines.  He was well loved at FHHR and will be terribly missed!    -July 2018 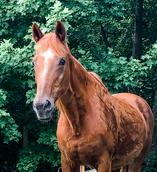 On February 4, 2021, at 33 years of age, Dutiful Sun passed over the Rainbow Bridge and joined his former pasture mate Timmy.

D was referred to as the King of FHHR and was loved deeply by many volunteers as well as his Angel Sponsors and our visitors. He will be greatly missed. Run Free D! 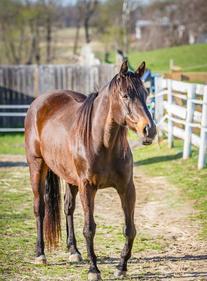 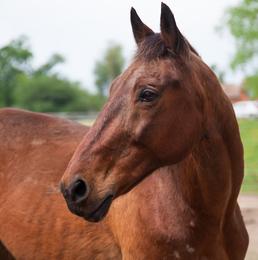 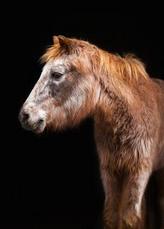 Romeo   On May 5, 2019, we were shocked to have to say farewell to this feisty, lovable welch cross pony due to a pedunculated lipoma and strangulation of his intestines, just as his longtime pony pal, Junior.    We know the two pals are running and playing and causing mischief together again over the Rainbow Bridge.  You will forever be in our hearts!

Roxie and her longtime companion Maggie came to my farm in early 2018. These two grannies were my very first horses, and an absolute pleasure to love on and care for. They both have taught me a ton in the art of relaxing, and how to enjoy naps under the sun. Being the mare in charge, Roxie would always be the first to greet me while doing the daily chores. She especially liked to be scratched under the chin. Maggie and I miss her dearly, she had a great life with the care of FHHR. We tried our best to help keep her weight up but ultimately, after 3 years, her digressing stomach cancer took her. She is now at rest, pain free, waiting for the day she will run with Maggie at her side again. I am thankful to have her buried safe at home under my twin oaks as my pasture angel. -Written by Liz C.

It is with heavy hearts that we announce the passing of Lolli on October 30, 2021. Lolli was taken to Wolf Creek Equine Hospital   after being found in distress during the morning feed shift. The doctors spent the day and night working to stabilize her after what they thought was a possible tumor rupture on her spleen. Lolli passed away earlier in the morning and we are grateful to the doctors who tried their hardest to save her.
After almost two decades of living alone, Lolli came to FHHR and immediately fell into her herd. She had many boyfriends during her short time with us and enjoyed being with her horse friends. Thank you to our volunteers who took care of her and gave her all the love she deserved. We will miss you Lolli!
​ 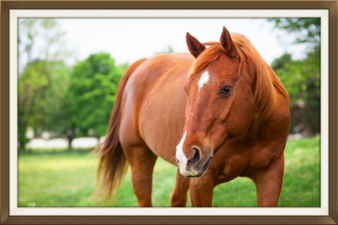 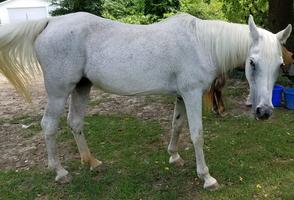 We had to say goodbye to our sweet little pony, dear ole gal, Maggie in July of 2022.  She was well over 40 years old and lived a good life at her foster mom, Liz's farm, with goats and chickens for friends after her pasture mate Roxie passed away in March of 2020.  She will forever be in our hearts and remembered as a very soulful and loving girl.   She has now joined Roxie at rest. 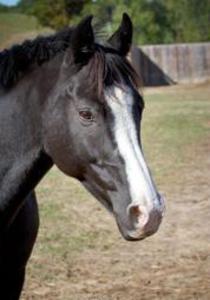 Thank you to our volunteers for taking such great care of this sweet soul while he was with us, and to Wolf Creek Equine for your guidance to help him breathe easier. He has peacefully crossed the rainbow bridge.

Carol B. was his Platinum Horse Angel Network Sponsor while he was with us. Thank you, Carol, for your generosity and for loving Finn so much! 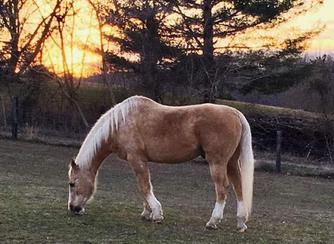 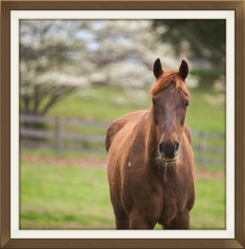 Thunder    On June 11, 2015, we said a bittersweet farewell to this sweet boy. He had not been with us long, just 6 months. The vet said that his weight and coat looked better than she had seen in years, thanks to our care, but despite daily medication, his previous pelvic injury was still causing him severe pain and it was time to ease his suffering. He has peacefully crossed the rainbow bridge. Gallop on, Thunder!

Just this side of heaven is a place called Rainbow Bridge.

When an animal dies that has been especially close to someone here, that pet goes to Rainbow Bridge. There are meadows and hills for all of our special friends so they can run and play together. There is plenty of food, water and sunshine, and our friends are warm and comfortable.

All the animals who had been ill and old are restored to health and vigor. Those who were hurt or maimed are made whole and strong again, just as we remember them in our dreams of days and times gone by. The animals are happy and content, except for one small thing; they each miss someone very special to them, who had to be left behind.

They all run and play together, but the day comes when one suddenly stops and looks into the distance. His bright eyes are intent. His eager body quivers. Suddenly he begins to run from the group, flying over the green grass, his legs carrying him faster and faster.

You have been spotted, and when you and your special friend finally meet, you cling together in joyous reunion, never to be parted again. The happy kisses rain upon your face; your hands again caress the beloved head, and you look once more into the trusting eyes of your pet, so long gone from your life but never absent from your heart.

Then you cross Rainbow Bridge together....